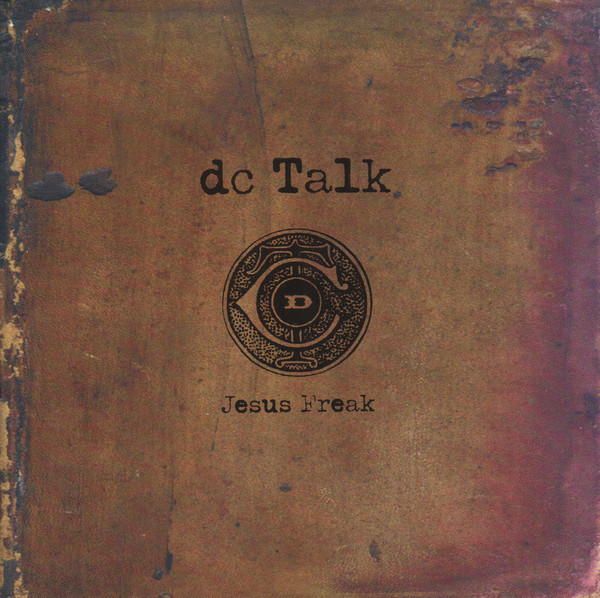 It was the 90s–well into the 90s–and the sound had suddenly taken a sharp turn and veered off in a completely different direction thanks (or no thanks, depending on your preference) to one Kurt Cobain. That being the case, some long-time staples in Christian (and secular) music seemed to struggle to figure out how to adapt to that newfangled sound. But none had adapted quite as naturally and as powerfully as DC Talk.

Some could argue DC Talk was still fairly new, they had been around for six years and had only released three albums before they released the era’s stand out, instant classic, Jesus Freak.

Their previous album, 1992’s  Free At Last, was a blast of energy and top-notch production which skilfully blended their familiar pop/rock/rap/R&B style, and soared to the top of the charts and remained in the number one spot, according to Capitol Christian Music Group, for 34 weeks. Over the course of the next three years, audiences longed to hear how the band would top their phenomenal Free At Last. With the release of Jesus Freak in the fall of 1995, the boys certainly lived up to that expectation by transforming themselves into a whole new artistic expression.

Jesus Freak starts with a bang, “So Help Me God,” and transitions to the crossover pop song, “Colored People” and then onto the Nirvana-esque title track and generational anthem, “Jesus Freak” (later recorded by the original Jesus Freak himself, Larry Norman, and Newsboys soon after former DC Talk-er Michael Tait took the job as Newsboy frontman). Other highlights from the album include another pop crossover hit, “Between You and Me,” a raw version of Charlie Peacock’s “In the Light,” and the album’s closing track, “Mind’s Eye.”

The album also has a nice few nuggets as well, such as “Mrs. Morgan,” a recording of the next door neighbor relaying her frustration at the racket the boys were making while recording the album; “Jesus Freak reprise,” a humorous stab at stereotypical ‘religious’ music; and K-Max’s recitation of his poem “Alas, my love” as a hidden track to fully finish off the album.

Though this reviewer finds the album as a whole a little less impressive than Free at Last, I realize I’m in the minority here. Jesus Freak is quite often seen at the top of many all-time Christian best album lists, and if anything, was an historical turning point for Christian music. It was the album that gave artists the road map for a new direction, which some followed successfully and others not so much. It was the album that stood out among all others at that time for its artistic excellence, and its success–at least in the sense of the ‘wow factor’ it obtained from audiences–has yet to be matched by any other artist in the nearly 25 years since its release.