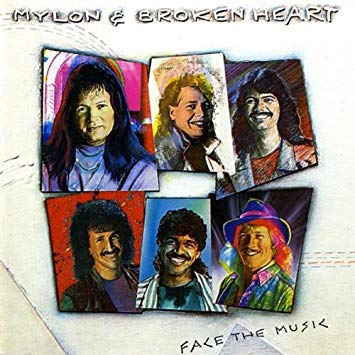 In an earlier post, I mentioned that it was a toss-up for me between this album and Sheep in Wolves Clothing as to which I thought was Mylon’s best. Both are great albums from one of the greatest bands in Contemporary Christian Music history.

This 1988 release was the first for the band on the Star Song label, and each album since brought an increased harder edge to their music, though they never strayed away from the general 80s ‘pop/rock’ sound.

Here, after a somewhat mid-tempo, synth-laden Crack the Sky album (not including the failed crossover release, Look Up), the band infused more guitar gusto into this album with tracks such as “Sixteen,” “Talk to Me,” and the Clapton-esque “Change,” but continues the synth-pop style they left off with on Crack the Sky with songs like “Rock of Safety,”  the catchy “Modern Man,” and the album opener, “Won by One.”

In addition, this album has the nice Adult Contemporary track “Again and Again” penned by Jerome Olds, which starts with the beautiful soft synth-layered opening followed by Ben Hewitt kicking in a nice pop drumbeat and then an impressive piano styling (a la Bruce Hornsby’s “The Way it is”) throughout the song. Also on this album are two worshipful tracks to end each side, “Mercy Seat” (Side 1) and “Lamb of God” (Side 2).

This is probably Mylon’s most energetic and melodic album, which is why it’s considered one of my favorites from him and certainly an album that deserves to be listed among the best albums of 1988.