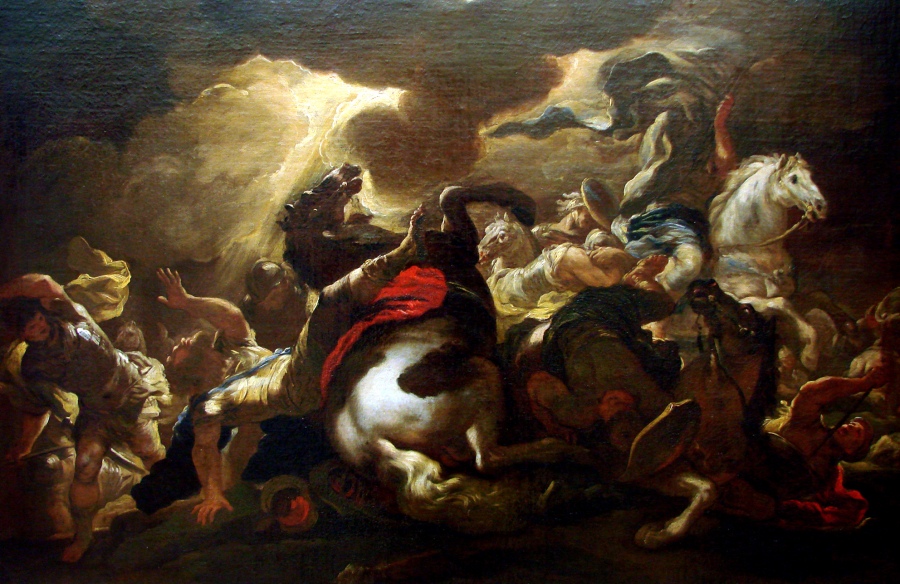 Beginning where we left off yesterday, you’ll notice right in the beginning of Acts 9, Paul had it in mind to persecute. He did not stumble upon Christians, and get angry. He had a determination to hunt them down and find them. He had no intentions—like my last series—of trying to figure out this Jesus. To find who He really was. He was not curious about Christ. He thought he had it figured out. Jesus the blasphemer had died at the hands of the Pharisees, and he thought his resurrection was a myth. Christianity was now a blasphemy punishable by death. He was going to fight against those blasphemers who claim Jesus as God, as the Messiah, and he would do this great work—he thought—on behalf of God.

Let me ask you this: Have you known anyone like this? Have you noticed there are Christians out there who seem so eager to fight for God that they end up fighting against God in the process?

I don’t think it’s as common now. At least I hope not, but it seems that when I was growing up, there were a lot of preachers out there that had good intentions, but they preached so much against things that they actually got in God’s way of being useful and effective to our culture. And I’m not just talking about how they preached against the world. I mean, they preached against the church. They preached against how people dress, their hairstyle, body piercings, tattoos; they were against wearing jeans to church. Diana tells me she remembers it was a big deal to wear sandals or flip flops to church. It was a big deal if a pastor didn’t wear a tie. Of course rock n’ roll was the devil’s music, so Christian rock was a controversial topic at the time.

What they missed was an opportunity to love, to show people that there is more to Christianity than outward appearances and a list of don’ts. Christians display typical Jewish, pharisaical attitudes when they do this. And nothing angered Jesus more than this kind of attitude. Now I’m not saying we shouldn’t establish healthy rules and boundaries when it comes to how much of the world seeps into the church. But, to be so emphatic on what may or may not be doctrinal to the Christian faith that we put both Christians and non-Christians down, we are not seeing a person for whom Jesus died. We are not seeing within them who they are as Christians already; and for those still not-yet Christians, we are not seeing them as who they can become in Christ. We are looking at them without their capability of ever being a Paul.

How did Jesus look at Saul? Look at verses 3-6: As he neared Damascus on his journey, suddenly a light from heaven flashed around him. 4 He fell to the ground and heard a voice say to him, “Saul, Saul, why do you persecute me?” 5 “Who are you, Lord?” Saul asked.

“I am Jesus, whom you are persecuting,” he replied. 6 “Now get up and go into the city, and you will be told what you must do.”

Notice Jesus’ short and simple choice of words in this verse. He performed a powerful miracle in displaying who he was, but did not lay down the law or threaten Saul with punishment. He did not even tell Saul to change his ways. I don’t think Jesus blinded Saul to punish him, but to get his attention. Jesus asks “why do you persecute me?” then tells Saul who he is, and then tells him what to do next. That’s it. I would say, overall, that’s pretty compassionate.