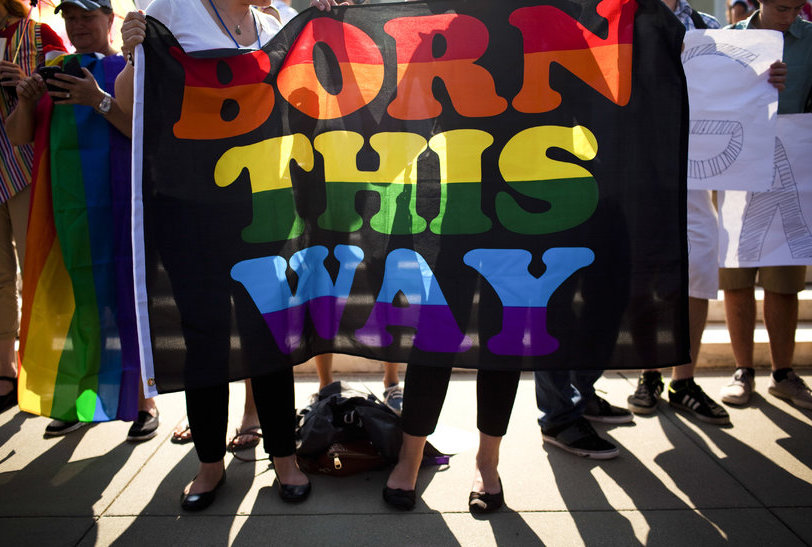 In just a few short hours (or was it minutes) after The Supreme Court’s 5-4 ruling stating that homosexuals are allowed the right to marry all across the nation, the internet was abuzz with articles and opinions on the matter. To Christians who hold a traditional Biblical view of marriage, the decision comes as a disappointment, but as no surprise. For the past 20 years, we knew this day would come.

But what this means for Christianity in America, and Christianity across the world for that matter, is yet to be seen. For some, it will mean a liberalization of churches, either to avoid persecution, or simply because their beliefs will mimic the changing of the times. For others, a major shift will happen if conservative Christians stick to their guns and not perform or in other ways endorse gay weddings—tax exempt statuses for churches and other religious not-for-profits could be revoked (which may mean eventually the shutting down and emptying of church buildings and other ministry centers), pastors and businesses fined or jailed, and more spewing of hatred from those who think we are the haters. And like the recent Supreme Court ruling last week, this is all just a matter of time–20 years or 2 years or 2 months or 2 weeks, who knows?

The hard decisions conservative churches might have to make could cause us to falter even more on the already “walking on eggshells” approach to homosexuality a lot of us have, i.e., keeping to the views we uphold while trying to avoid being the stereotype of Christians that so many make us out to be. So the question is, how are we to balance out living our daily lives as Christians in respect to the homosexual community, in love and yet with conviction?

To start, we must do something that previous generations have not done very well: to understand that we, too, are sinners—and yes, we too were born that way. I do not have homosexual sins, but I have heterosexual sins. I am an adulterer, according to Jesus (Matt.5:28). To look at and lust after another woman is so naturally ingrained in me that, to be honest, I would sometimes rather just accept it as a good and wholesome thing and be done with the struggle. And I know I’m not alone. This struggle has been around since the beginning of time. Look at how many of our Old Testament saints practiced polygamy after God told them not to (will polygamy be our next big issue?). You see, sin is natural for us, holiness isn’t. It isn’t that we, even as Christians, struggle to sin, it’s that we struggle not to sin—a white-knuckled, chest-pounding, hands-shaking fight not to sin.

If we are to love the homosexuals, to be salt and light to their community, then it is first and foremost about being honest of the fact that although we may look at homosexuality as a sin, we are no less sinners, and therefore no different than the homosexual, really. It is coming to the conclusion that we have sins of which we could also say, ‘I was born that way.’ It is this conclusion that really compels us to understand their natural inner desire, for we too have natural desires, whatever they may be (the only difference is that we have taken our desires to the cross). Then, we can love and be compassionate, not only to the homosexual, but to everyone else with whom we come in contact. We are on even ground.

Once we have done this, then I think it’s easier to look past a person’s lifestyle and just look at the person’s heart. Then, to delicately balance truth (homosexuality is a sin and we cannot endorse it) and grace (love and mercy) might not be so hard after all.

Let’s look at the way Jesus extended truth and grace: He ate and drank with notorious sinners; he forgave a woman caught in adultery—who did not ask for forgiveness—but then told her to go and sin no more; invited himself to the home of Zacchaeus, a dishonest tax collector, who by Jesus’ love, was convicted of his sin; sought after the most infamous persecutor of the Christian faith, Saul, and by Jesus’ love and grace turned him into the most influential leader of the early church era and the most inspired writer for what would become The New Testament; and the list goes on.

It was the unloving truth-only religious people that really ticked Jesus off.

How can’t we show love and mercy after all of the undeserved mercy and forgiveness God has shown us? And besides, who wants to be lumped in the same category as the religious leaders of Jesus’ day? Not me.

Certainly, many who support homosexuality already think of us as those unloving religious leaders. That’s because (aside from the unloving truth-only religious people) the world understands truth or grace, not truth and grace. And in a world (and even a Church) that does not understand that balance, we must show them that it is possible. But no matter how loving we might be, there could still be real consequences for standing up to truth, as listed above, that might mean the stripping away of freedoms that we once took for granted. Regardless, all that we do must be done in love—or else it is worthless (1 Cor. 13).

Compassion as an apologetic

On being ‘salt and light’

Love is a verb

Blogs on Tim Morey’s ‘Embodying our Faith’, and related