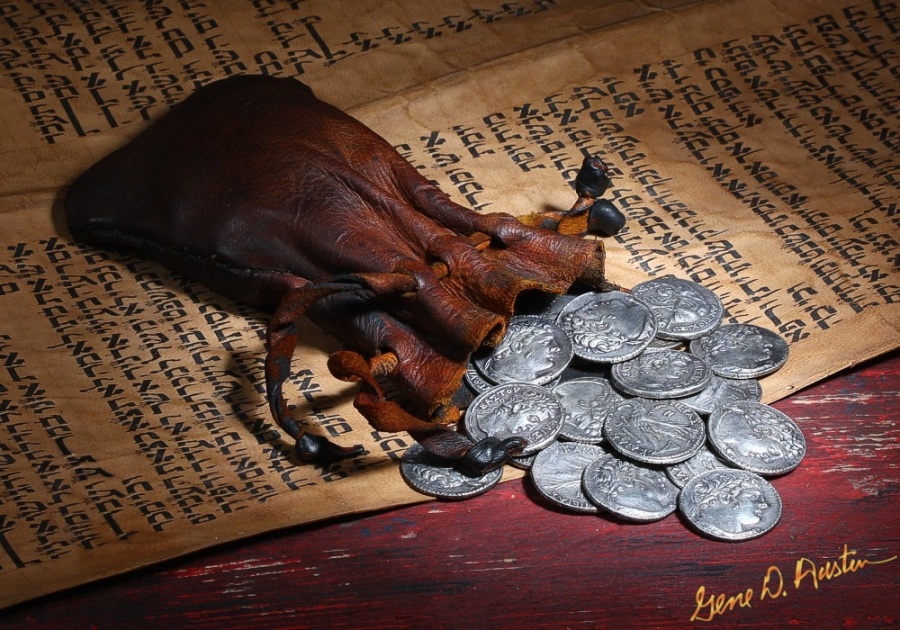 If anyone were to betray Jesus, someone who was not a faithful follower would have been a more likely candidate, certainly not someone as close as one of his own disciples. When Jesus predicted his betrayal, it seemed like a surprise to all of his disciples; but it was surely no surprise to Jesus, even when Jesus called Judas to be one of the twelve.

. Why Judas wanted to betray Jesus is not presented in scripture, however, Luke recorded that Satan entered Judas just before he went to the leading priests and captains of the Temple guards to plot the betrayal. John recorded that Satan entered Judas during The Last Supper as well. Luke also recorded that Satan had been asking God the Father permission for the twelve. Jesus told Peter, “Simon, Simon, Satan has asked to have all of you, to sift you like wheat” (Luke 22:31). Luke records that Jesus pleaded in prayer that Satan would specifically not have Peter, but whether Jesus prayed the same for the rest of the disciples and Judas specific is unknown. However, this leads to the conclusion that God the Father must have given Satan permission to enter Judas.

Again, Jesus was not surprised by this. Jesus prophesied his own betrayal more than once, and each of the gospels record Jesus prophesying his betrayal in front of all the disciples, including Judas. [1] “But here at this table, sitting among us as a friend, is the man who will betray me” (Luke 22:21). Afterward, Jesus even told Judas to, “Hurry, do it now” (John 13:27). It would have been through the work of The Holy Spirit that Jesus would have known who his betrayer was. It is likely that the Holy Spirit told Jesus as early as the beginning of his ministry who his betrayer would be specifically so that Jesus could pick Judas as one of the twelve.

In addition to the Father giving Satan permission to enter Judas, Jesus recognized that his betrayal was a plan of God the Father. Just prior to Judas entering the garden with a battalion of Roman soldiers and Temple guards, Jesus had acknowledged his Father’s plan was about to occur while in the midst of his famous prayer on the Mount of Olives. “Father, if you are willing, please take this cup of suffering away from me. Yet I want your will, not mine” (Luke 22:42).

Jesus referred to accepting his fate as a cup from his Father again after Simon Peter slashed off the ear of Malchus. Jesus reprimanded Peter, stating, “Shall I not drink from the cup my Father has given me?” (John 18:11).

Luke states that Judas was not the only one there with the guards, but that there were also leading priests, captains of the Temple guard and other leaders who headed the mob. The Temple guard was under the command of the captain of the Temple, and it was they who arrested Jesus, not the Roman soldiers present.[2]

Although Matthew and Luke differ in their accounts of Judas afterward, “If the information Matthew supplies is accepted as the background required to make sense of Luke, then the two accounts may be combined in a fairly natural way.”[3]

The betrayal is a conundrum. It was no doubt a plan of God the Father, but at the same time, would He have created someone for the express purpose of betraying His only Son and presumably condemning him to Hell, or was Judas saved from Hell? This is an age old question that no one might fully understand the answer until we are all in Heaven. After all, no one has the mind of God.

One thought on “The work of the Trinity in the life of Jesus part 11: The Betrayal”