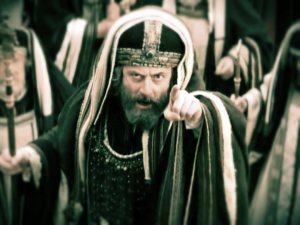 When discussing or reflecting upon the opposition against Jesus, one would immediately think of Satan’s role. But in fact, God the Father, God the Son and God the Holy Spirit deliberately calculated the opposition to accomplish the plan of salvation. With any strategy, timing is everything. For Jesus to come to Earth at a time when an opposition against him would occur, the cultural ingredients had to be just right.

Included in this climate was the Jewish people’s longing for a Messiah. “Messianic fervor was rampant in Israel and many ‘charismatic’ leaders were hailed as prophetic figures by overeager adherents. Jesus deserved at least equal enthusiasm and no doubt received it.”[2] But the Trinity knew that Jesus would not act like the messiah the Jewish people had been expecting. Therefore, as time went on, opposition grew.

In addition, when Jesus spoke of being ‘I Am,’ ‘The Son of God,’ or ‘The Son of Man,’ his words were considered blasphemy. The culture was such that these words of ‘blasphemy’ gave Jesus a death sentence, and the religious leaders had no trouble arresting him. “In Jerusalem the high priest had his own police force, the temple guard, under the command of the captain of the temple. This unit arrested Jesus (Jn. 18:3, 12) and the apostles (Acts 5:24-26) and guarded Jesus’ tomb (Mt. 27:65).”[3]

In what seems contrary to human logic, the violent opposition against God’s only son was planned by God the Father himself (presumably also the Son and Holy Spirit) and carried out willingly by Jesus and the Holy Spirit. The Trinity also knew that Satan would lead the resistance behind the scenes, who would of course think that it was his plan all along. But the Trinity used Satan as an unwitting tool to accomplish their plan of salvation. This was an ingenious strategy.